You have probably heard of the super comic books about Julius Zebra, the brave zebra turned gladiator who has great adventures in the Roman Empire, Egypt and England. In honor of the start of the Children’s Book Week, Gary Northfield, the author and draftsman of the books, is coming to Utrecht! He will be interviewed by Edward van de Vendel, who immediately translates the conversation on the go. After the talk, Gary will give a workshop on drawing your own cartoons and teach you how he makes his cool drawings.

Program in the Children’s Book Week

The theme of the Children’s Book Week this year is “And Then …”, so the adventures of Julius Zebra fit perfectly with that! Gary has been drawing since 2002 and loves to write about animals.
In the first half hour he is interviewed by Edward van de Vendel. Edward himself is an award-winning children’s author and poet. After the interview you can ask Gary your questions and he will give a cartoon drawing workshop. He will show you how he makes his cool drawings and you get to work yourself.
The conversation is in English. Maybe you already have English at school, but Edward will translate what he discusses with Gary in the meantime so that you can follow the conversation very well.
Afterwards, Gary Northfield will sign at the stand of the Utrecht Children’s Book Store.

About Julius Zebra
Julius Zebra is a popular book series, of which four volumes have now been released. The cozy books will make you laugh while you learn a lot about the history of the ancient Roman Empire. The Guardian, a major English newspaper, gave the first part of the series a 9/10 and called it a page turner: a book so much fun that you fly through it! 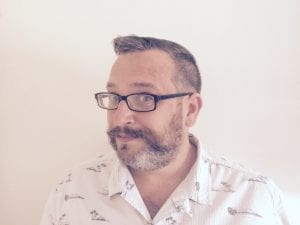