The idea behind the first poetry slam - a verbal boxing match in verse form - arose in the 1970s as a reaction to the tired and stilted format of the poetry recital. Since 2003, Dutch poets have engaged in heated poetic duels at the annual Poetry Slam Finale: undoubtedly the most frenetic language contest in the Netherlands. Which poet can take the stage with enough creativity and intriguing wordplay to make it to the final? The audience decides.

The jury, consisting of three familiar faces with an affinity for the spoken word, are merciless in their assessment of both the text and the participants’ recital. But it is the audience’s vote that decides the winner: the poet who earns the most applause goes home with the title Slampion 2020, a cash prize of € 1,000 and the Gouden Vink challenge trophy.

The 2020 finals will take place on Saturday, 26 September during the opening of the ILFU International Literature Festival Utrecht. We will announce the opening of ticket sales through our usual channels. What is Poetry Slam?

A poetry slam (‘to bang, slap, smash, or whack’) is a no-holds-barred cage match, but using poetry instead of martial arts. Two or more slam poets, or ‘slammers’, go onstage to compete, often in a club or café. There, they ‘recite’ their poems within a set time limit. In each round, the audience and/or jury decides which one was best. Those who dare to compete have a chance of being chosen the winner by the end of the evening.

In a poetry slam, both the poem’s content and the poet’s recitation are important, but in the end it all boils down to one thing: exciting the audience. Slammers include all sorts of poets: absurdist, politically engaged, hermetic, experimental, classical, comedic and rap-like, sonnet writers, and sound poets. The poems are often recited from memory. The poets commonly have around 3 minutes per round for their recitals. The audience usually votes by applause, ballots or tokens, although in the Netherlands, professional juries may determine who wins. Poetry slams are popular because of their informal atmosphere and the low threshold for participation, as competition is usually open to anyone.

Important information about the contest

An annual Netherlands Poetry Slam Championship has been held every year since 2002. The first four editions were hosted by Wintertuin, and since 2006 it has been organised by the Poëziecircus in Utrecht, which has since merged to form Het Literatuurhuis and then the ILFU. After a massive growth in popularity in its early years, the poetry slam lost a bit of momentum when Wintertuin withdrew from the contest in 2005. But the number of slams has grown dramatically since 2006, and poetry slam is now bigger than ever before in the Netherlands.

The names of the poets who have reached the semi-finals will be announced in the very near future. They come from around the country, and they will have to convince both the jury and the audience in order to have a chance of winning the grand finale on 26 September.

In 2020, the finals of the Netherlands Poetry Slam Championship will open in TivoliVredenburg on Saturday, 19 September (note: not during the Poetry Week in February!) Who will follow in the footsteps of last year’s winner, Maxime Garcia Diaz? On Saturday evening, the best slam poets from the semi-finals will compete for the title of the Netherlands’ Poetry Slam Champion 2020, € 1,000 in prize money, and the Gouden Vink challenge trophy named after Simon Vinkenoog.

Which slammer’s text and performance will stand out from the rest? The audience and the jury will decide. The poet who can beat out the rest of the competition and cleverly drive their opponent into a corner during the end battle, earning enraptured applause from the audience in response, will have truly earned the title of the Netherlands’ Poetry Slam Champion 2020. 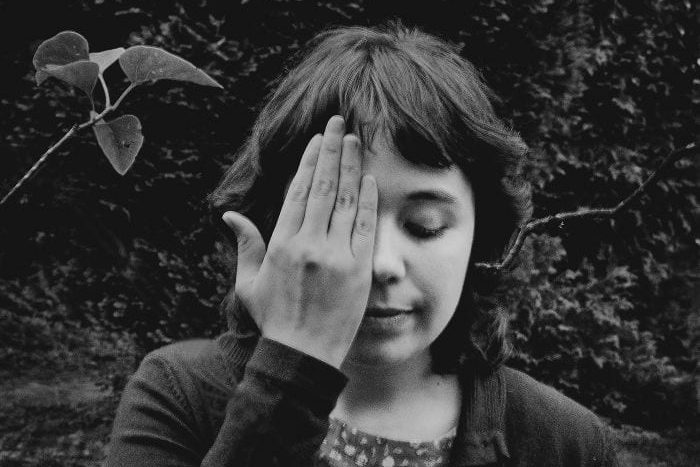 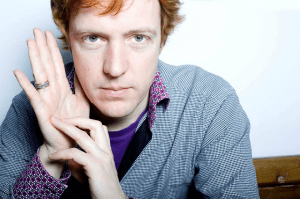 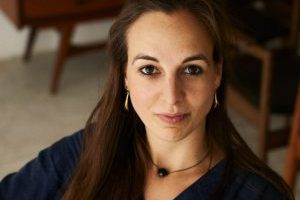 In the lead up to the Netherlands Poetry Slam Championship 2020, the ILFU will be organising coaching sessions for the semi-finalists. During these sessions, writers, poets, performers and slammers will use a variety of methods to share their knowledge and expertise with the semi-finalists.

The programme also includes a master class by Babs Gons on podium arts and performance. Alexis de Roode will talk about writing and editing, and Lisa Weeda will show the semi-finalists the path from the stage to a publisher.