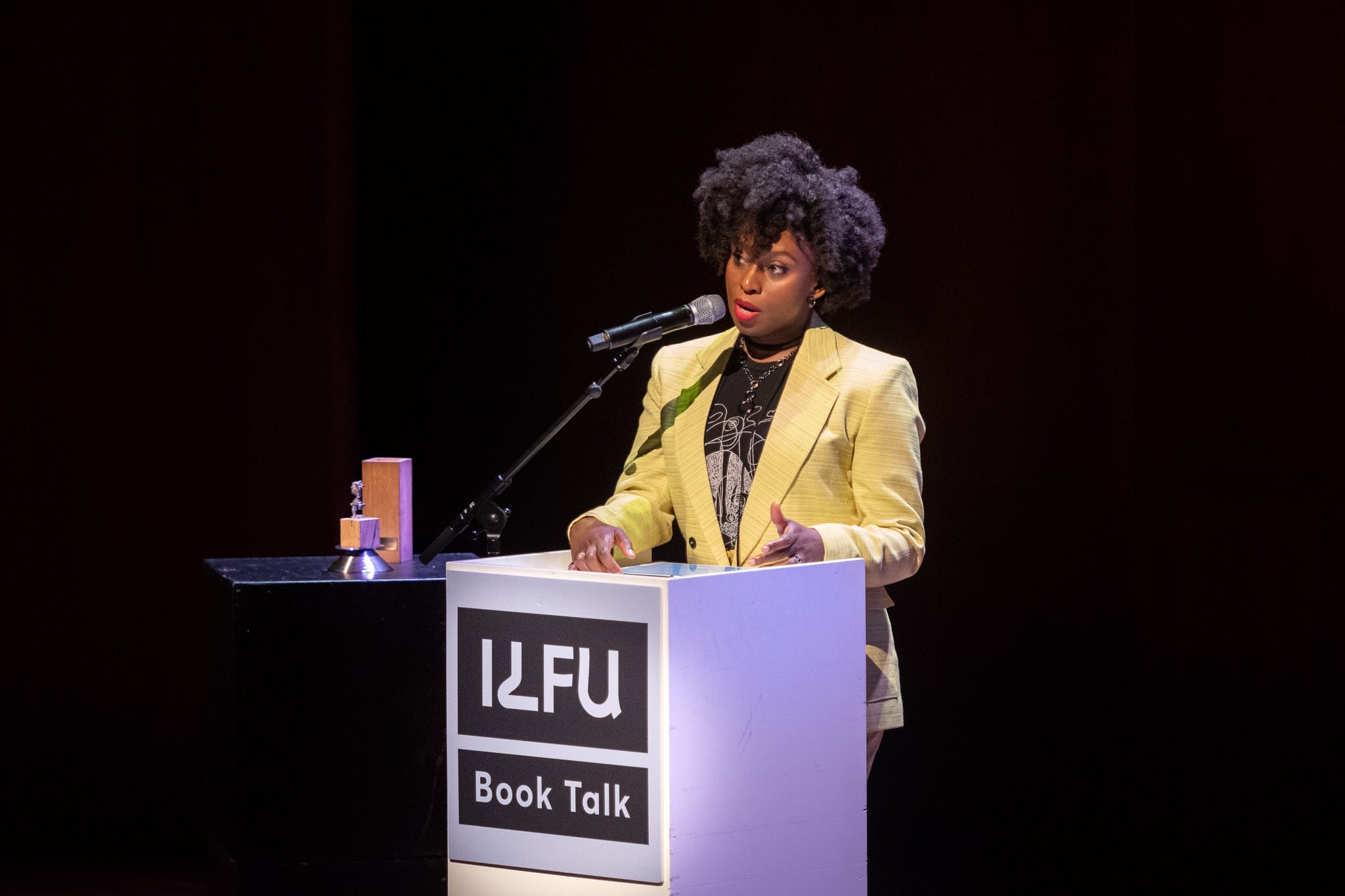 The 2020 ILFU International Literature Festival Utrecht will be all about telling new stories. Under the motto ‘We need stories’, the ILFU will present literature in all possible forms, from the latest novels by national and international authors to poetry, rap and lyrics, and from monologues to visual narratives. The ILFU will take place from 25 September to 3 October, both at the TivoliVredenburg festival location and online.

For a long time, it was unclear whether the festival would be able to go ahead. All the same, the ILFU wanted to make writers’ voices heard in these turbulent times. Festival director Michaël Stoker: ‘The call for artists, writers and thinkers to help shape our future grew increasingly louder in recent months. To highlight the chaos of the coronavirus crisis and its far-reaching effects on our personal lives, the global protests against racism as well as the changes in geopolitical relations, we need stories. Such stories will be told at the ILFU this year.’

50 Stories for Tomorrow
At the invitation of the ILFU, 50 national and international writers, poets, musicians, dramatists and film-makers are crafting a story for a future world. ‘The role of the artist is exactly the same as the role of the lover. If I love you, I have to make you conscious of the things you don’t see’, wrote American author James Baldwin. This quote by Baldwin is the motto underlying fifty new stories.

The story of our time has taken a new turn; first as the result of a pandemic, then through a global protest against deep-rooted injustice. All of a sudden, everyone is intent on relating to what is happening, work out what is going on and unravel the underlying structures. What role do writers play in shaping the future? The ILFU is allowing 50 creators to tell their story for a future world. The project ‘50 Stories for Tomorrow’ is also intended to provide the writers with financial support and as a gift to their audience; the stories will be published in the run-up to the festival.

International Story Contest, Book Talks and Academy
For the first time, the ILFU will present ‘The International Story Contest’ for storytellers in prose, poetry, music, theatre, dance and spoken word this year. Anyone can participate and stand to win a place at the ILFU and one of the cash prizes. The ILFU Book Talks will also make a comeback: a series of live conversations with international writers which runs through the festival as a common thread. A new series of courses at the ILFU Academy will also be launched during the festival. For young creators, the ILFU Fringe will take place for the first time and the annual NC Poetry Slam will be part of the ILFU from this year onwards. The second Belle van Zuylen Ring will be awarded to an international writer with an oeuvre that has a major social impact, while three promising Utrecht writers will receive a C.C.S. Crone stipend.

ILFU 2020 programme and launch of ticket sales
Despite the best of intentions, ILFU regrets that several programmes are unable to go ahead. With a heavy heart, the festival organisation has decided to postpone the 38th Night of Poetry to 2021. Neither will the Utrecht Book Market at Vredenburgplein take place again until next year. The restrictions in September will not yet provide sufficient scope for the large crowds at these events.

During the summer, the full programme and all participating authors will be announced. Ticket sales for the various programmes will be launched on 10 August. You can find all the information about ILFU 2020 on www.ilfu.com

About the ILFU
The first two week edition of the ILFU International Literature Festival Utrecht took place in September 2018. The festival opened with the Anna Karenina reading marathon and ended with the Night of Poetry. Over 21,000 people attended the festival programme that featured major names such as John Irving, Salman Rushdie and Julian Barnes. The ILFU has since organised several spin-offs throughout the year, such as the ILFU Book Talks with Colson Whitehead and Jeanette Winterson as well as the presentation of the Belle van Zuylen Ring award to Chimamanda Ngozi Adichie. Since 2017, the city of Utrecht has been a UNESCO City of Literature.